“Silence encourages the tormentor, never the tormented.” or “The only way for evil to triumph is for a good man (or woman) to do nothing.” When we sit back and do nothing, or don’t LEAD BY EXAMPLE, we cannot expect people to do differently.

I agree with the author of this blog, although she offers no solutions.  We need alternatives other than judgment, because everyone has bad days (and I understand that these examples provided are much more than just bad days).  We have a serious problem with lack of emotional empathy, bravery and personal responsibility in our society and unfortunately, those who do care enough to try to make a difference are often labeled negatively and told to mind their own business or “live and let live.”  I’m a believer in “do what thou wilt but harm none” but if “live” is causing harm to yourself or others, no one is just required to let you, IMO.

The timing of this piece is excellent as just yesterday I was driving to work behind a car that was going slow and then speeding up, etc.  I tried to go around them and the driver basically cut me off and went even slower.  The driver started glaring at me in the mirror and saying something.  The passenger then proceeded to turn around and start waving at me and giving me the finger.  I just shrugged, smiled and gave her the peace sign.  Then we got to a stop light and the lady on the passenger side got out of the car, came back to my car screaming threats and profanities at me, giving me the finger multiple times, etc.  Again, I just stared at her and felt horribly sorry for this sad woman.  The light turned green, they were holding up traffic, I just honked and waited for her to finish her horrible display of humanity and get back in her car.  As we turned, they sped out of the area very quickly and disappeared into the sad world they live in.  This sort of display and behavior is sad, stupid, ridiculous and COMPLETELY unnecessary.  Did her behavior solve anything or make anything better for anyone?  Absolutely not.

I’d had enough of sitting on the sidelines and letting this sort of shit be tolerated and accepted as “normal” or okay.  I called the non-emergency police number and reported them.  The officer that took my statement said that there was more than enough there to issue citations for disturbing the peace, etc. and make them appear in court but that it was up to me.  I went with just having him make contact with them and issue a warning.  I’d like to hope that given the chance to see that their behavior was horrible and that there are potential consequences, will be enough to hopefully let them take a look at who they are and how they act and improve on that.  The police officer called me back after making contact with them and said that they admitted that what they did was stupid and unnecessary and apologized for flipping out.  So, hopefully this will have some sort of positive impact, if even just in a tiny way.

So, you can call me a bitch or a snitch or a “do gooder” or whatever you want to throw at me for turning these people in.  But I would much rather be someone who is trying to do the right thing and improve my life, as well as those around me, than to be one to does nothing and thereby contributes to the problem.

I was going to just share this article on Facebook, but then I got on my soapbox a bit and decided this might be better……I applaud this mother and this article – An Open Letter to My Son.  She says so many great things!

I’m a firm believer that good parents can teach their teenagers to make better decisions.  Kids and teens will always, until the end of time, do some stupid things.  Their brains aren’t fully developed, so really, there’s no way around it.  Some are better than others when it comes to avoiding horrible decisions, but again, this generally is directly related to how they are raised and how well they can think for themselves.

However, I don’t understand or agree with letting kids under 21 drink at home because “you’d rather they do it at home as opposed to out at a party” and people somehow thinking that helps teach kids to drink responsibly.  How is leading by an example of complete disregard for the legal drinking age teaching anyone respect of any kind?  And how about teaching them to be able to have fun without alcohol or healthier ways to cope with life instead??

Now, I’m a beer-snob and I admit it.  I enjoy good craft beer (not shitty american beer though!), but being responsible with alcohol (and really with pretty much anything!) comes from learning to be a responsible adult.

Alcohol just wasn’t a staple in our household growing up.  That’s not to say that I didn’t drink and make horrible decisions.  Unfortunately, I did.  But I can honestly say, I never had more fun when I was drinking than when I wasn’t.  (If your friends think that you have to be drunk to have fun, or if the only thing you do when you’re with your friends is drink, then you need new friends!)

“Let me be clear that the fact that we love you and will stand by you does not in any way mean we will stand by while you do things that you know aren’t good for you.”  YES!

And she nails this one right on the head – “there is nothing cool about waking up in your own vomit, or having a DUI before you are 18.”  A DUI at any age is the complete opposite of cool….and smart….and responsible.  Plus one thing that worked in my favor is that I hate throwing up, so it only took one time for me to learn that’d there’s a million other things I’d rather do than drink until I throw up.  Plus, there’s nothing cool about a hangover….or being the drunken, crying, stumbling idiot that the rest of the people make fun of.

It’s time again for another Throwback Thursday and I haven’t really done much posting since the last one, so I apologize for that.  Work is crazy busy (in a good way!), I decided to take an online class to get back in the swing of this school stuff and that just started as well….and there’s wedding planning in there too….so things have been a bit hectic.

Anyway, I’d like to go back, again, to 1998 and share two more poems from my angst-filled, teenage self…..enjoy!

“The Night the World Went Crazy”
There was a pounding in my head
A buzzing in my ear
A twitch in my leg
And a spinning in the air
I lie alone
in a dark room
swirling through my thoughts or
Perhaps I was sitting at my desk
the boy in the corner
fidgeting about
Customers coming and going
The time slips slowly by
Is it a dream within a dream
Or a life within a life
The pain in my head
seems like the construction outside
I lie alone
shifting, turning, tossing
On the night the world went crazy
Or was it only me?

“Pale Faces”
Privileged –
You were born that way
You know nothing else
You believe in America
The government you trust
The system will always protect you
In the eyes and laws of this nation
You will always rein supreme
When you sleep
You see the “American Dream”
America the beautiful –
That concept died on the boat
So many souls lost
Only the “right” ones survived
Where sheets are not only for sleeping
and guns more important than food
The blood and hate that built the cities
and flooded the banks
In the end,
will destroy you, too 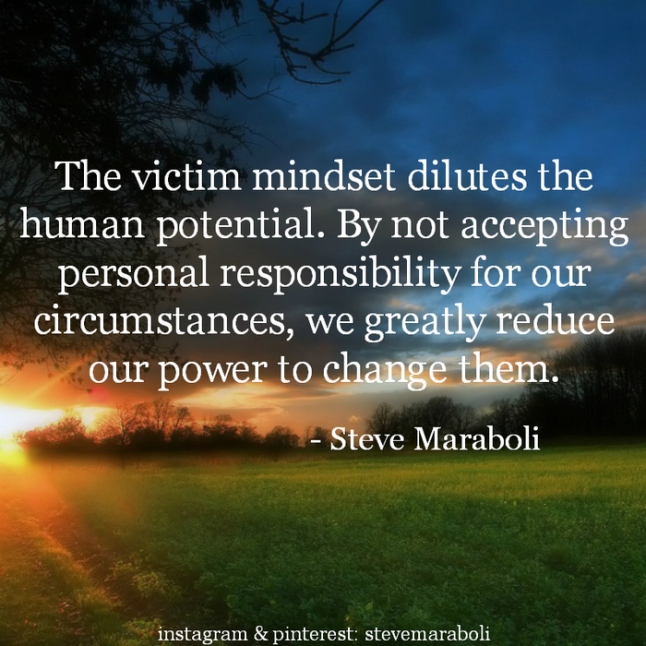 Sure there are some things that are beyond our control, but so much of life, what we can achieve, where we are, our problems, our issues, our ability to improve ourselves and the world around us, comes down to personal choice and personal decisions.

To stay miserable, to remain struggling, etc. because that’s the “easy” way is tragic.  Making changes for improvement may be hard work, but I’ve never heard of anyone who regretted doing it.

I have made plenty of mistakes and more than enough stupid decisions, but I am willing to take complete personal responsibility for those mistakes and try to learn and grow from the experience.  No one is perfect and I’ve made the same dumb mistakes a couple of times before learning….but the important part IS to learn something from it, own it and not blame others or circumstances for who we are and where we are in life.  If you own it, you can change it and that’s personal power! 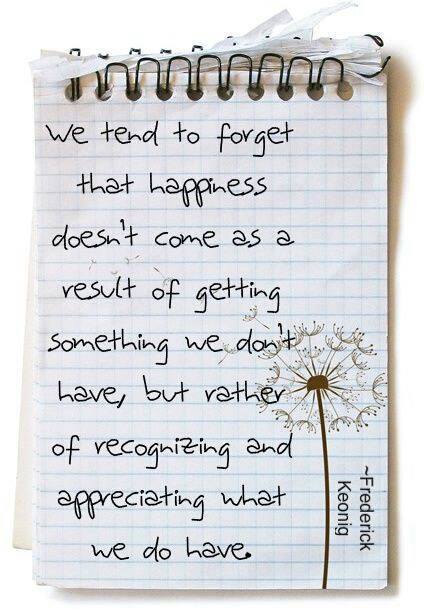 We also seem to forget that happiness has nothing to do with “things” at all.

I have not mastered this way of thinking yet, but I’m working on it and hope to get there someday soon!